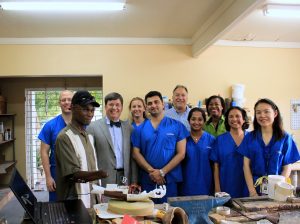 Ask just about any physiatrist why they chose the specialty, and the answer is usually the same—an overwhelming desire to maximize function and improve the quality of life for their patients. “Physiatry is a field where we focus on the functional state of the patient,” says Vishal Chandel, MD, clinical research fellow, department of PM&R at Montefiore Health System in Bronx, New York. “We don’t just diagnose and fix the disease, we make life better for the patient—improving all parts of their lives from rehabilitative needs to the psycho/social aspects—no matter where they live.”

In addition to treating patients in the traditional practice settings like hospitals and rehabilitation facilities, many physiatrists go the “extra mile” and join philanthropic missions, traveling to under-developed countries to make life better for patients, who without outside intervention, would go without treatment.

Such is the story of Dr. Vishal Chandel, and the chairman of his PM&R department at Montefiore, Matthew Bartels, MD, MPH —who, along with a team of 6 other medical professionals, traveled to Jamaica to provide a 3D-printed myoelectric arm to Felix, a man who lost his hand in an accident in 1994. 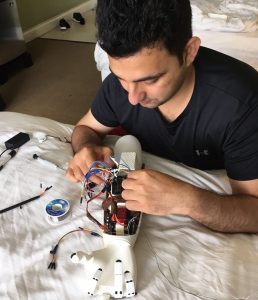 Montefiore and its physician teams are not new to medical missions; they have a long history of overseas assignments to countries across the world. However, what makes this Jamaican trip so unique is the cutting-edge technology used and the tight timeframe in which to complete their task.

“In 2016, we had a 6-week window from the time the patient (Felix) was first identified to when we would have to leave for Jamaica,” said Dr. Bartels. Montefiore started 3D prosthetic printing in early 2016, creating “raptor hands” at a very low cost, and had great success with that. But because Felix’s case was so complicated, a myoelectric prosthesis was the only alternative.

So, Dr. Bartels challenged his team, with Dr. Chandel serving as the primary lead, to create a unique myoelectric arm for this case for the 2017 mission. Not only was Felix’s injury complex (loss of the right hand above the wrist and limited function in the left hand), but Dr. Chandel was a novice in the arena of 3D printing and myoelectric prosthetics. Undaunted by the task-at-hand, Dr. Chandel dug in and worked with Montefiore’s multi-disciplinary medical team (including his wife, Neel Chandel, MD; a rehab resident at Montefiore, who helped in creating and modifying the 3D designs for the hand), as well as a programmer, a prosthetist, and an occupational therapist to design the aptly named, “Felix Arm.” The Everest Foundation and Montefiore supported the effort by supplying the parts needed to build the device.

“I like challenges, so I started reading and researching it, and thought: I can do this,” said Dr. Chandel.
“I really wanted to help Felix; he’d been living with this disability for more than 20 years, and a traditional prosthesis wouldn’t work for his type of injury.” The team modified existing “raptor arm” designs incorporating the myoelectric components to fit Felix’s condition, keeping in mind the limitations of how to maintain the arm, once designed, in a third-world setting. “The arm had to be inexpensive, have easily-replaceable parts including a rechargeable battery, and be simple enough for aftercare by Jamaican-based physicians,” said Dr. Bartels. 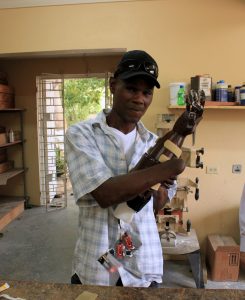 The team spent many long nights testing the device in the U.S. before they made the trip to Jamaica in July 2017 to present Felix with his new arm. “We worked ferociously assembling the device in the hotel room,” said Dr. Bartels. “Parts were scattered all over the room; motors, wires, circuits, electronics, sensors—it was quite a sight.”

Felix was finally presented with his new arm, spending several hours with Dr. Chandel to acclimate himself with his new device. Felix practiced with it all night; training himself on the intricacies of movement and control, and happily showed off his new “robo-friend” to the entire team the next day.
“I saw the brightness in his eyes,” said Dr. Chandel. “I could feel his happiness that his hand could now function—he could grip and hold things. This is definitely the highlight of my career—helping someone who’s not been able to use his hand/arm for 23 years. He can now do things that able-bodied people take for granted, like picking up a glass of water.” With the help of his new arm, Felix hopes to become a security guard in the future so he can earn a suitable income to support his family.

The team is making another prosthesis which they’ll debut during a session at AAPM&R’s 2017 Annual Assembly in Denver (October 12-15). And the team will again be traveling to Jamaica in Spring 2018 to check-in on Felix and help more under-served patients in need of medical devices.

When asked how he would complete the statement, “Physiatry is More Than?” Dr. Bartels answered: The individual physician; it’s teamwork! A true testament to another underlying tenet shared by physiatrists—being integral members of the care team who help design comprehensive, patient-centered treatment plans. 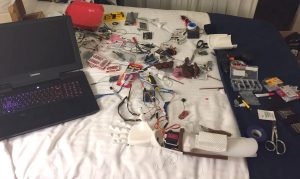 The Impact of 3D Printing on Medicine
3D printing has been revolutionizing aspects of medicine since the beginning of the century, just as it has impacted so many other industries—from cars to clothing. This isn’t surprising, given that its key benefit is the fast and cost-efficient creation of customizable products. There are few commercial products that need to suit a wider variety of shapes and sizes than medical devices made for human beings. So, 3D printing is a natural fit for the field of prosthetics. A myoelectric prosthesis utilizes the advantages of 3D printing while applying the electrical tension generated every time a muscle contracts, as information. This tension can be captured from voluntarily contracted muscles by electrodes applied on the skin to control the movements of the prosthesis.

Lack of an arm or leg can be tough anywhere, but for people in poorer parts of the world it is especially challenging. Some are victims of conflict, while others may have been born with congenital conditions. Many more are injured in accidents like Felix, and aren’t able to receive proper treatment for their injury. The World Health Organization estimates there are about 30 million people like Felix who require prosthetic limbs, braces or other mobility devices, yet less than 20% have them.

Challenges and New Opportunities
Prosthetics can involve a lot of work and expertise to produce and fit, and the World Health Organization says there is currently a shortage of 40,000 trained prosthetists in poorer countries. Financial considerations can also be a challenge to patients in economically challenged environments and the treatment that can take 5 days – to assess their need, produce a prosthesis and fit it to the residual limb can be difficult, and in some cases, not possible. The result is that braces and artificial limbs are among the most desperately needed medical devices throughout the world.

3D-printed prosthetics like the one made for Felix cost less than $500 and the patient can be fitted and taught to use it in a fraction of the time needed with traditional prosthetic devices.  While such devices do not have the same functionality and longevity as traditional prosthesis, nor are they designed with cosmetic appearance in mind, they do open up a world of opportunity for patients in economically constrained environments with limited resources for traditional prosthesis opportunity.