Physiatry is More Than… Because We’re Clinical Detectives 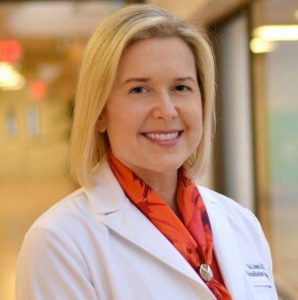 One of the great advantages of inpatient rehabilitation is that physicians get to spend extra time observing their patients. The average length of stay in a rehab hospital is 12-14 days, and over the course of that time, physiatrists have the opportunity to do a deep-dive into the patient’s health, home and work life, and physical goals. Because healthcare is so rushed in the acute care hospitals, and there are perverse incentives to focus on only one diagnosis at a time in the outpatient world, many patients become victim to an assembly line mentality that misses the crux of their true problem(s). In fact, an estimated 12 million patients in the outpatient setting alone, receive the wrong diagnosis every year.

Take, for example, the 47-year-old man admitted to rehab after spinal surgery. He told me that he had been diagnosed with Parkinson’s disease after describing some “freezing episodes” and hand spasms to his primary care physician (who subsequently started him on Sinemet). During my physical exam, it became clear to me that he had no usual Parkinson’s symptoms – no cogwheel rigidity, pill-rolling hand tremors, masked facies or hypophonia. Instead, I noted that he had a high degree of anxiety and some pressured speech. I decided to dig in and get a fuller history.

As it turns out, this gentleman was having panic attacks with agoraphobia. In our interview, he described episodes of terror when he went to the grocery store or found himself in crowded areas. He said he would “freeze” and feel light headed and had to shake his hands. He presumed this was Parkinsonism and told his primary care physician that he needed treatment for it. I guess his PCP didn’t investigate further and started him on Sinemet, something he had taken for several years.

While he was in the rehab unit, I took him off Sinemet and began to treat his anxiety. He was incredibly relieved to know that he did not have Parksinon’s disease, and made excellent progress with our therapists. In fact, his “tremors” completely resolved and his gait returned to normal once he had been correctly diagnosed and treated.  Although he was admitted after surgical correction of lumbar spinal stenosis, his real problem was a major misdiagnosis that was impacting his entire life.

In another case, I was asked to take over management of a patient with a “traumatic brain injury.” She was found down at home by a friend, and brought to the hospital where a brain CT showed what one radiologist thought was blood. She was presumed to have hit her head and knocked herself unconscious, and with the blood in her brain, she was started on seizure medications and admitted to inpatient rehab for recovery.

I was told that she was having ongoing “fainting spells” while on the rehab unit, and that during these spells she would fall to one side and then go limp for about 10 seconds and then fully recover as if nothing had happened. Apparently she had had one of these episodes during an EEG test, and no seizure activity had registered. A full cardiac work up, and vascular studies of the chest and neck, showed no electrical or mechanical reason for her episodes.

I put on my detective hat and began to take a thorough account of her past. As it turns out, this woman had a long history of abuse and trauma in her childhood, and her best friend had recently been diagnosed with brain cancer. She was very stressed about her friend’s situation and had been mulling it over at home. The true diagnosis was beginning to come into focus – this was conversion disorder with pseudoseizures.

But why would she have blood in her brain? I decided to call the neuro-radiologist to get his personal read on the head CT. He confessed to me that a less experienced colleague had read the CT, 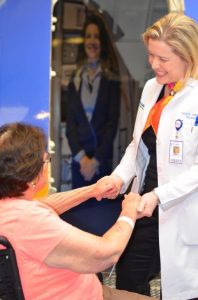 and that he believed that there was no blood present, but rather a calcium deposit from a tiny congenital vascular malformation. A brain MRI confirmed no new bleeding, only a 1 cm AVM of no apparent relevance to her current situation – a red herring that led to an unnecessarily prolonged hospitalization.

I explained to the patient that the cause of her fainting spells was likely to be an unintentional and uncontrollable empathy response to her friend’s brain cancer, in the setting of someone whose boundaries were damaged during previous abuse experiences. I didn’t know how better to explain conversion disorder, but once she understood what was happening, she was able to take control of it and the spells ceased within 24 hours. She was discharged home without seizure medications soon thereafter, with reassurance that her head CT was not concerning after all.

In other cases, outpatient physiatry histories can tease out the true cause of various patient complaints. I remember a retired patient who came to me with searing low back pain, and was considering orthopedic surgery. Based on the location of the pain and my physical exam, I suspected the SI (sacro-iliac) joint as the pain generator. I asked him what his days were like and what he did at home. After some investigation, I discovered that he sat in a rock-hard, wooden chair for many hours every day, doing crossword puzzles. I convinced him to put a gel cushion on the chair, and call me in a week to see if the pain had improved. And one week later, he reported near-total resolution of his back pain. Surgery averted!

It has never been more important to take a holistic view of patients in order to get to the bottom of their complaints. Turn-of-the-century-style family physicians, with cradle-to-grave relationships with patients, are becoming extinct, and that puts everyone at higher risk for misdiagnosis (since doctors are usually meeting patients for the first time at every encounter, and have no historical basis to draw from when creating their differential diagnosis and plan).

Physiatrists, with our commitment to thorough history-taking and detailed physical examinations, are standing in the gap as medical detectives helping to guide patients in the right diagnostic directions. The benefit of inpatient rehab goes well beyond physical strengthening and cognitive recovery, it provides patients with the opportunity to have a careful, thoughtful review of their health and physical status and to confirm sensible treatment plans for correct diagnoses established over weeks of observation.